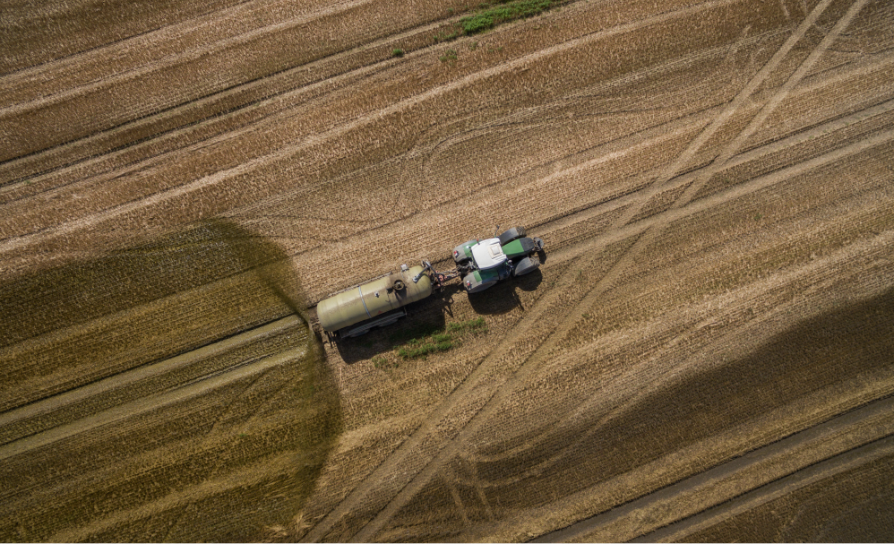 With increasing—and changing—regulations, the manure–nitrogen equation calls for new math. Beyond the calculations, Iowa studies show that you can’t forget that manure is a valuable—and complex—source of nitrogen (N).

Research conducted by Iowa State University professor of soil fertility Alfred (Fred) Blackmer proves that it is important to pay close attention to how manure fits into N needs. In 14 of 18 on-farm studies during 2004, manure applications that were expected to supply sufficient N to optimize corn yield came up short.

The results were similar to those of other studies Blackmer conducted in previous years. All were conducted for the Iowa Soybean Association’s On-Farm Network (OFN). “Manure is a very different source of nitrogen from commercial fertilizer,” Blackmer says. That’s because some of the N in manure is in the organic form. Organic N becomes available to plants slower than the inorganic N in commercial fertilizer.

In one study, a farmer applied four loads per acre of beef cow manure that included cornstalks used as bedding. “Current Iowa guidelines for manure management planning suggest that amount of manure contained 500 lb. to 600 lb. of total nitrogen per acre, with 180 lb. to 210 lb. available the first year,” Blackmer says.

Because a consultant detected a soil nitrate deficiency after planting, Blackmer sidedressed additional N in strips across a field. The corn that received only manure yielded 120 bu. per acre while corn sidedressed with 150 lb. of N yielded 194 bu. per acre. “Soil microorganisms decomposing the manure probably immobilized plant-available [inorganic] nitrogen that normally would have been supplied by the soil and [previous applications of] fertilizer,” Blackmer explains. “The unused nitrogen in the manure remained in the soil. In future years, it could be mineralized by soil organisms and become available to plants.”

Another Iowa farmer applied 3 tons of chicken litter per acre, which was expected to have 168 lb. of N per acre. Land receiving only manure produced 198 bu. of corn per acre. Adding 100 lb. per acre of fertilizer N bumped the yield to 218 bu. per acre. “Volatilization losses were unlikely because the manure was incorporated,” Blackmer says. “So it appears that some of the nitrogen was immobilized.”

The carbon factor. “Adding carbon to the soil is good because it increases soil organic matter,” Blackmer says. “But in the process of breaking down the carbon, soil organisms immobilize some of the nitrogen, making it unavailable in the year following application. Exactly how much nitrogen gets tied up is affected by the type of manure and application method.”

Blackmer demonstrated the effect of carbon on N availability by fertilizing some plots with ground corn and some with soybean straw, then comparing the effect with plots fertilized by 32% N solution. He applied the corn, the soybean straw and the fertilizer at rates sufficient to provide 125 lb. of N per acre. The plant materials were similar to the sources of carbon found in animal manure, he notes. “The ground corn increased yield compared to no nitrogen fertilizer, but the yield was only 44% as high as with the same rate of nitrogen supplied by fertilizer,” Blackmer says. “The soybean straw actually reduced yield. The carbon in the straw resulted in soil organisms immobilizing the nitrogen in the straw, as well as some of it in the soil.

The Iowa State University nutrient management guidelines show that organic forms of N in manure must be mineralized before being available. The guidelines don’t address carbon.

The guidelines contain rules for how much N from various forms of manure are available the first year. For example, 30% to 40% of the total N in dry beef cattle and dairy manure, 65% of the N in poultry manure and 100% of the N in liquid swine manure are available the first year. “Those were the best estimates available when they were devised, but we have found that they overestimate the amount of nitrogen available,” Blackmer explains.

To check your fields for N deficiency, sidedress strips of N and see if the corn greens up, or use the end-of-season stalk nitrate test to see if plants contain optimal levels. (If you’re doing nutrient management planning for an Environmental Quality Incentives Program or Conservation Security Program, check with the Natural Resources Conservation Service before applying strips of extra N.)

All of Blackmer’s OFN nitrogen studies since 2002 can be found at http://www.isafarmnet.com/. Click on “agronomic studies” then “nitrogen.”

Injection is most efficient

A five-year study by Iowa State University soil fertility professor Alfred Blackmer, conducted on 57 farms, suggests that farmers who inject liquid manure are less likely to encounter nitrogen-availability problems than those who apply manure by other methods.

In the project, farmers injected liquid swine manure at their normal rate. Blackmer sidedressed nitrogen (N) fertilizer in strips to check for a response. He found that applying additional N would have paid at only 13 of the 57 sites. Those that responded to the extra fertilizer received the most spring rainfall, suggesting that some of the manure N denitrified or leached away.

Injected liquid manure probably is more effective because there are fewer losses to volatilization than with surface application, Blackmer says. Also, a higher percentage of the N in liquid swine manure is in the ammonium form, so it acts more like commercial fertilizer.

Other Blackmer studies indicate that broadcasting manure with a fantail spreader is the least efficient application method. On one farm, 3,750 gal. per acre of liquid hog manure were applied in the fall of 2003. Analysis of the manure showed it contained 228 lb. of N per acre. But Blackmer found that applying 50 lb. per acre of N fertilizer the following spring bumped yields from 146 bu. per acre to 174 bu. per acre.

“The large yield response suggests a higher rate of nitrogen would have been even more profitable,” he says. “The results of this study are consistent with others we have conducted using fantail spreaders. Most likely, a high percentage of the nitrogen in the manure volatilizes during or shortly after application.”

“Because the carbon in the manure remains on the soil surface, and can immobilize nitrogen from fertilizers, applying manure with a fantail spreader could actually increase the fertilizer needed to maximize profit,” he adds. 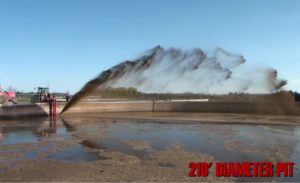 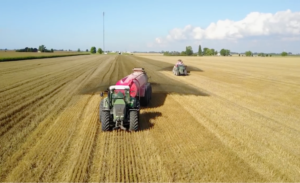 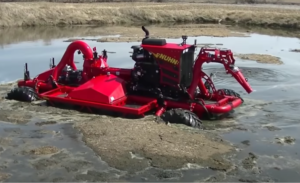 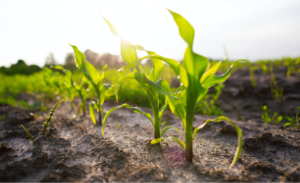 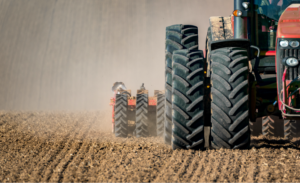 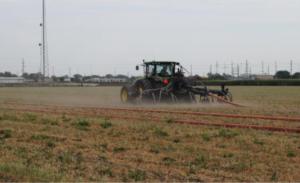 What Is Manure Worth To Soil? 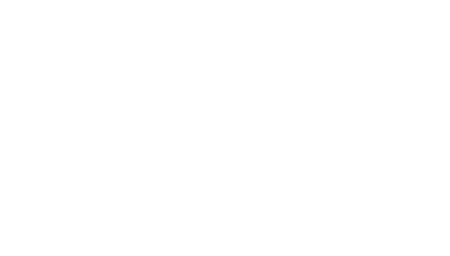 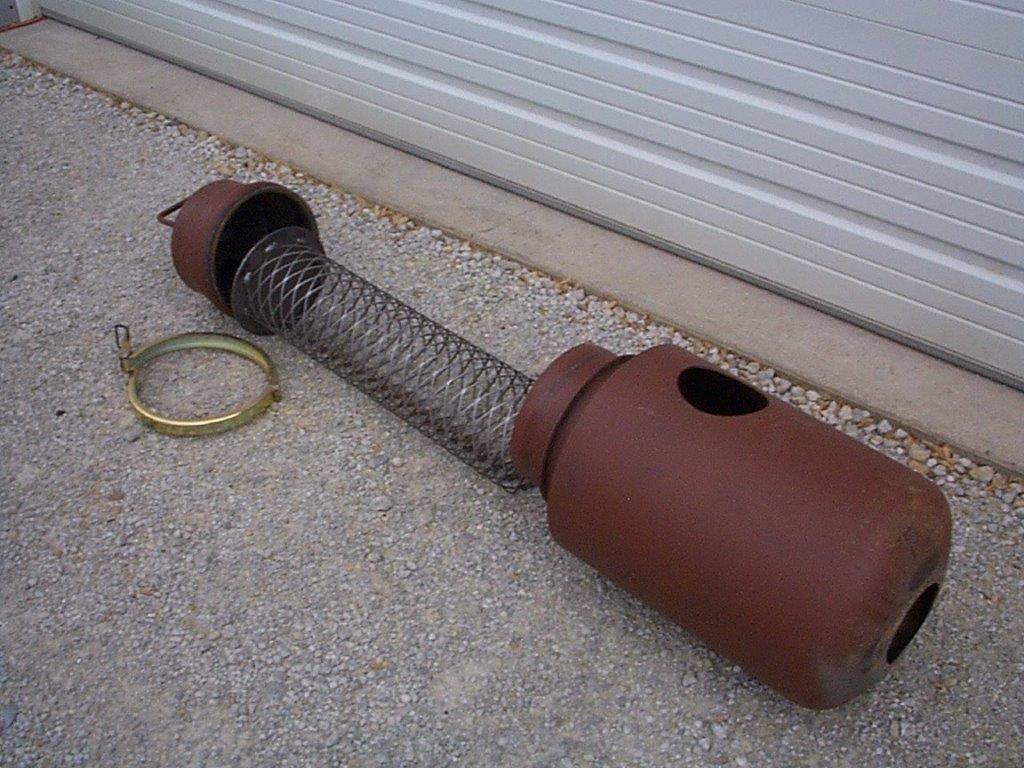